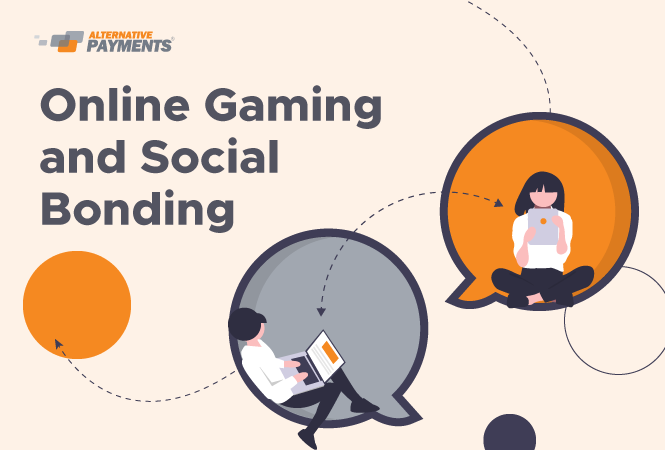 When people think about gamers, they most often think of the stereotypical gamer; a loner living in the basement of his or her parents. But this is yet one of the stereotypes that we, as a people, have to get rid of. The gaming community is so strong and so vast that you will be able to find any type of character there – ranging from the stereotypical ones, people who have full-on careers but like an occasional play with their online friends, to celebrities who find solace in a game of League of Legends. Contrary to popular belief, gaming hasn’t been creating loners out of people – it allowed them to broaden their social circles by being introduced to other people from all around the globe. But what is the connection there? How does gaming play such a vital role in the social lives of the gamers, and what are the social advantages of being an avid gamer?

It’s not a secret that plenty of researchers and psychologists tackle the whole idea of gaming and how it affects our social life. One such research has been conducted by Rachel Kowert, the author of the book Video Games and Well-Being: Press Start, which among other things, deals with the psychological benefits and connectedness in gaming. Just like in any other sphere in life, gaming can also bring more social connections among different communities that exist here. This very often falls into the second plan by non-gamers, only because of one reason: they believe that face-to-face relationships are more meaningful than those formed in online gaming communities, even though this is not true. Gaming social circles have always been very strong, and they will only continue to do so.

An example of this is the current situation we live in – Covid-19 has made all of us stay at home, so we were encouraged to nurture certain relationships over the internet, which is something that the gaming community has always been doing. Although the gaming industry has been facing challenges of its own, it is still perceived as one of the industries still bringing people closer together. On top of that all, we cannot fail to mention all the gaming events where thousands of gamers get together to connect with each other. There are more gamers online right now than ever before. The social construct of a “friendship” certainly changes, and the gaming community is only one of the reasons why this is happening. The notion “friendship” means much more than ever before, as it no longer depicts a relationship between two people who very often spend time together – now it displays a good relationship among two individuals no matter where they are in the world, and it would be quite an outdated thing to say that there is no such thing as online friendships.

The benefits of gaming communities

But for all the gamers to come together and create a safe space for all like-minded people, it was necessary to find the right platform for this. It’s not only important to find a game to play with friends online, it is also vital to stay connected and work together in order to win. The gaming communities are incredibly strong, and they count thousands and thousands of people across plenty of different platforms. What is also very interesting is the fact that gamers all over the world found the right alternative payment methods that they want to pay their games with, creating a very financially rewarding industry. We can always start with the most popular gaming forums where gamers communicate and chat, gaming clubs across the globe, or simply by being members of hundred of gaming groups on Facebook or LinkedIn. Instagram has set the bar even higher, as owning and maintaining your own gaming profile will surely let you connect more easily with people who find this type of content interesting. Gaming magazines have also been a good platform that brings gamers closer together – the PC Gamer is, for example, a famous gaming magazine that has been founded in 1993 and it has, since then, been creating a safe community where all gaming lovers could interact and share their opinion on different games. But we cannot fail to mention one of the biggest platforms for gamers, and the website that is, right now, playing an essential role in creating safe gaming communities and environments – YouTube. Just like in any other industry, gamers all over the world create videos of themselves playing a particular game, which is an incredible way not only of staying connected to your audience but for earning some cash on the side as well. These YT videos are being watched for different reasons – first and foremost, they are being watched because of the community, and because all gamers want to be a part of something larger. They also like to be accepted, and there is probably not a better way to feel acceptance than by seeing people all over the world enjoying the same thing as you do. But apart from that, and apart from watching these videos because they are fun, the good thing about this community is that they use these tools to improve themselves. Watching YouTube videos from a fellow gamer will not only bring you closer to them, will not only broaden the pool of people that you know, but it will also teach you how to play better or if there are any things that you might change in your game. 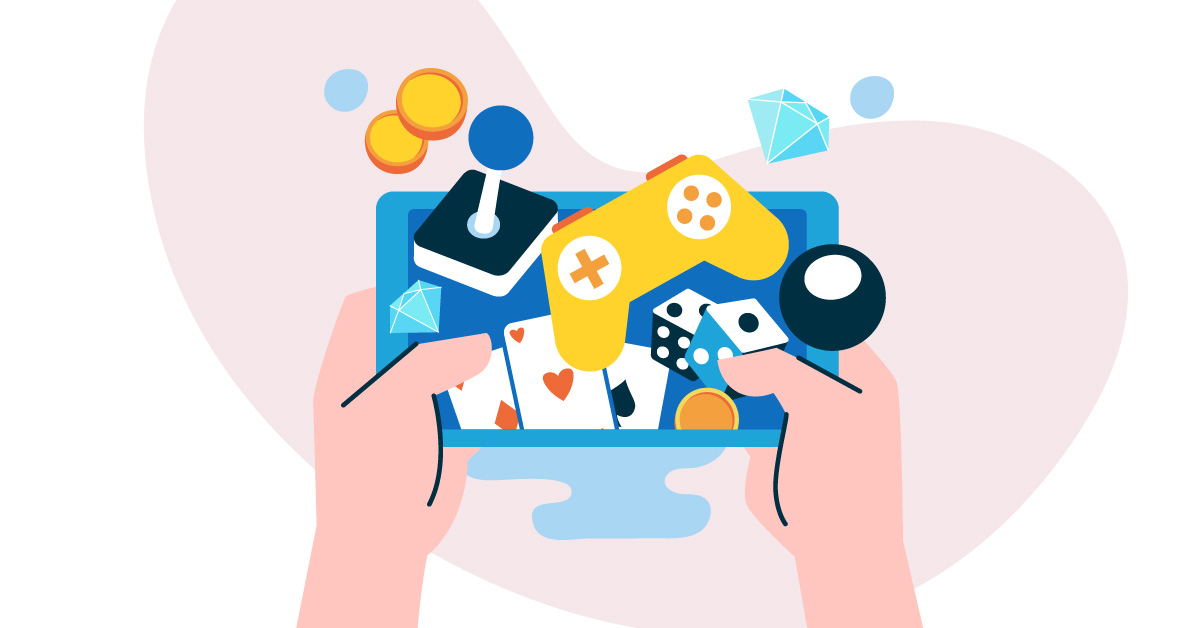 Other social benefits of video games

There is indeed a positive correlation between online gaming with friends and social competence (take a look at these gaming infographics to help you understand this better). Modern-day gaming has made this even stronger, where people all over the world can connect online and cooperate together. For instance, first-person shooting games such as Counter Strike or Call of Duty lets players work in teams to defeat the opponent, thus enhancing the teamwork skills that they can use later in life. This doesn’t only require communication with each other, but developing tactics and looking at the bigger picture. Other findings from the Journal of Applied Development Psychology also show that video games could help teenagers in areas of family closeness, school engagement and friendship networks. This finding debunks the theory that video games isolate teens, even though this might be true in some cases. But nowadays, when gaming is all the more popular among teen circles, children who don’t play videogames or are not familiar with them will affect their ability to connect with their peers due to the fact that they will not be able to join in any gaming talk that is extremely popular in these circles. Apart from that, we must mention the emotional benefits of video games in teen circles. Even though they induce strong feelings of anger and frustration, very often when teenagers lose in the game they’re playing, these are the instances when children can learn a valuable lesson and transfer their findings later on in real-life scenarios.

In 2010, an article from The Daily Mail got the attention of everyone in the United Kingdom. The article stated that an unlikely couple, Paul Turner and Vicky Teather met through an online video game, which resulted in a marriage. Even though this was ten years ago perceived as something rather unusual, it is something that is very often nowadays. But this should not surprise us; we live in a world where people meet online regardless of what community they are in. But this clearly shows the strong relationships that gamers create, even though it might seem completely different if you look at it from the outside. Even though online gaming is a pastime that millions of people across the globe enjoy, it is an activity that can bring plenty of friends, and in some cases, even life partners into the mix. Having online gaming friendships is nothing unusual anymore. In a survey that was created by PubNub where 500 gamers took part, 36% of them stated that they developed some significant and lifelong friendships through chat while gaming. 20% even mentioned that these were all friendships that lasted at least five years, while 3% of the respondents admitted that their friendships developed through gaming platforms persisted for more than 20 years. 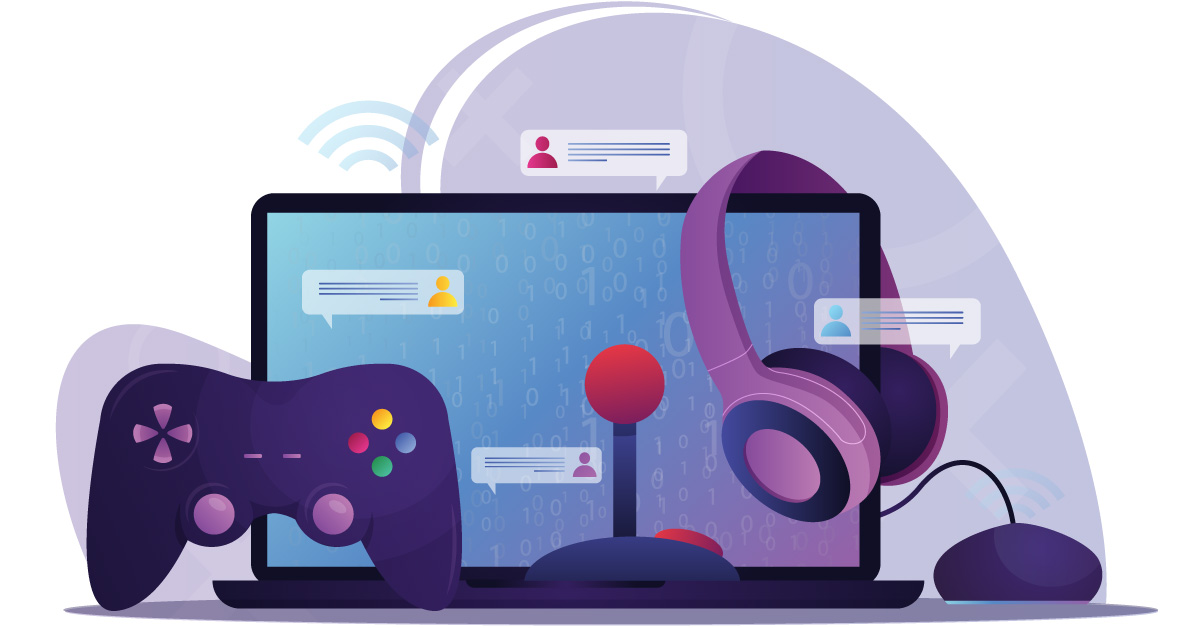 Finally, we should tackle another important topic when it comes to gaming. As already mentioned, gaming platforms and communities represent a safe space for all avid gamers. Still, it can also be quite helpful for people who have difficulties with social interactions or even vulnerable people. This applies to people with autism spectrum disorders, people with insecure attachment styles, shy people, people with depressive symptoms and people with social anxiety. In the case of the latter, it’s always a benefit when someone can develop social connections without having to talk face-to-face with someone. Games and gaming social platforms allow their users to communicate when and how they want to, without any pressure to immediately respond or be in the same physical space as other people.

We are always talking about our children and teenagers when we talk about gaming, but we should focus on humanity as a whole. Not only are teenagers gamers, as millions of adults love spending time online playing their favourite game and chatting with their fellow gamers. And even though they might be perceived as outcasts by narrow-minded people, it’s unbelievable how strong this community is and all the benefits that are hidden there. Gaming brings people closer together; it lets them share opinions and ideas on the games and topics they mutually find interesting, without any pressure. The method they have been communicating has been seen as unconventional 10 or 15 years ago when online personas were not that important as they are now. Still, we are living in a world where meeting someone over Instagram can lead to marriage, so why would anyone think that gaming communities are somewhat different? It is not necessary to limit our children’s gaming time or to ban them from online gaming completely; we should teach them how to use this community to become better people and widen their social circles.